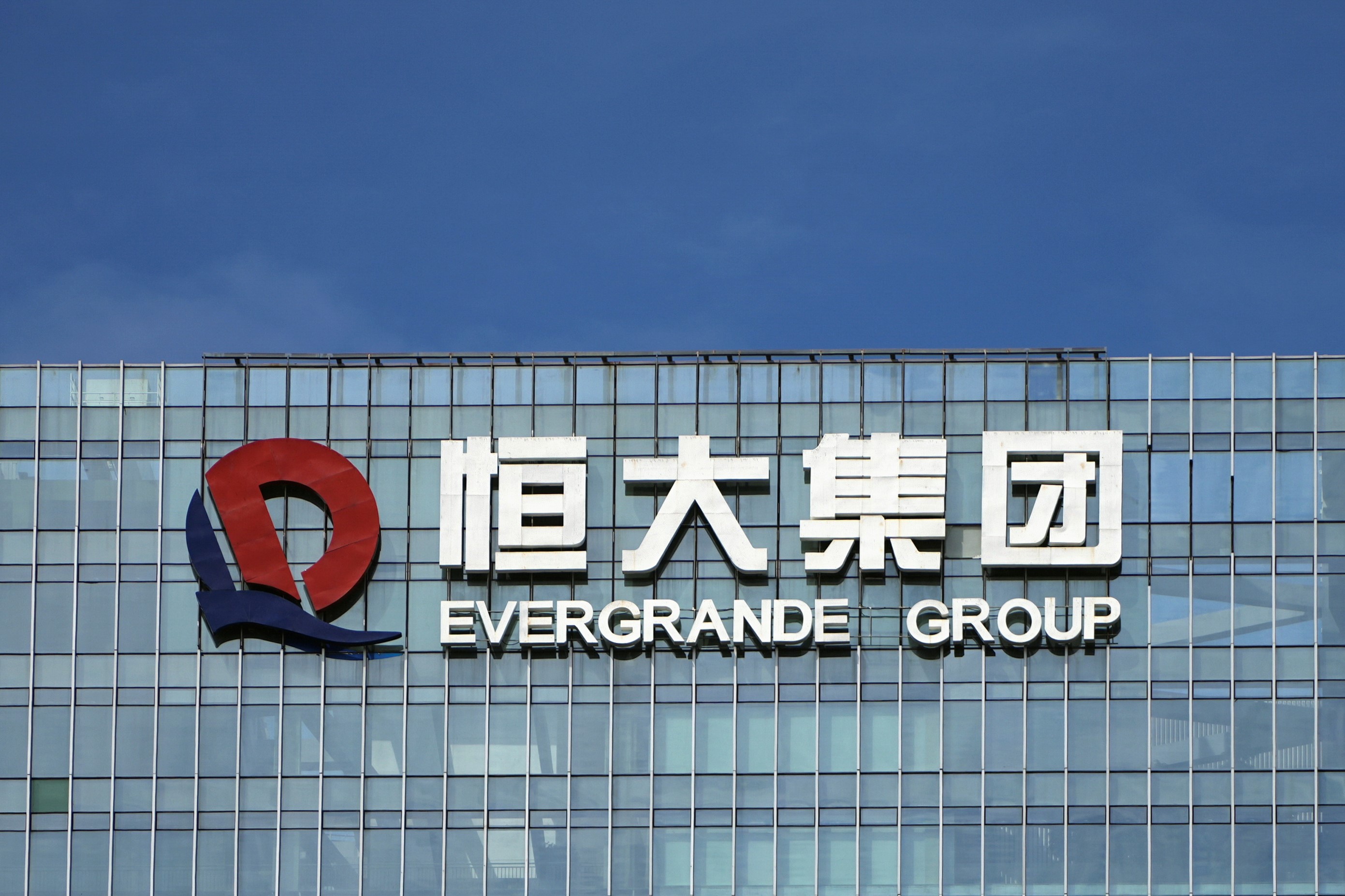 The Evergrande Crisis: It’s genesis and implications for India

In the past fortnight, the global markets have been roiled by a new development in China. A leading developer in China has defaulted on interest payments on its bonds, and the event has sent jitters across the world markets. In this article, we attempt to piece together some key facets of the developments, and outline our thoughts of its likely impact on Indian stock markets.

Why does Evergrande matter?
Evergrande supports nearly 4mn employees directly and indirectly, and has USD300bn dollars of debt, 800 unfinished buildings and 1.5 million home buyers from whom they have collected advances, besides unpaid suppliers. Further, the company’s wealth management team has collected over $6 billion from its own employees promising high returns.
To give a perspective of the scale of its’ debt, Evergrande’s debt outstanding is 9% of total forex reserves of China and ~48% of India’s forex reserves. It is feared that a collapse of Evergrande may trigger a financial crisis in China, the repercussions of which could be felt worldwide.

What is Evergrande?
Evergrande Real Estate is the largest property developer in China and owns 1300 real estate projects across 280 cities of China. Founded in 1996, Evergrande rose to become the world’s most valuable real estate brand by 2018, with an estimated brand value of USD16.2bn. Ranked 122 in Fortune Global 500 (means it is amongst the biggest in the world by revenues), it had attained a market capitalization of ~USD53bn in the October of 2017, before hovering around USD5bn as we I pen my thoughts today.

Besides real estate, Evergrande has interest in several other businesses as follows:

What caused the Evergrande Crisis?
Post its’ IPO in 2009, Evergrande went on a diversification spree – starting with acquisition of a football club in 2010, before entering into various other unrelated businesses like insurance, healthcare, banking, pig farming, mineral water, electric vehicles and entertainment.
This led to a ballooning of assets and leverage, without a commensurate rise in revenues and profitability.
In 2018, the Chinese central bank (equivalent of India’s RBI), added Evergrande to its list of highly indebted conglomerates to monitor, flagging that a potential collapse could cause systemic risks. In August 2020, regulators announced the “three red lines”, tightening lending to the real estate sector. Subsequently, in June 2021, the regulators cracked down on a practice of developers wherein developers collected advances before a house was completed. This was a major funding source for real estate developers.
As liquidity for Evergrande tightened, a vendor sued the company and other sub-contractors followed suit. Work on their sites ground to a halt and rating agencies downgraded Evergrande’s credit rating. Finally, Evergrande informed its investors through a stock market filing it is facing the "risks of defaults on borrowings".

What are the implications of Evergrande Crisis on Chinese economy?
The Evergrande crisis brings back to spotlight the ballooning debt in a China, which is slowing down. Since the Global Financial Crisis in 2008 (GFC), major world economies went on a currency printing and spending spree in a bid to reflate the economy. Accordingly, Debt to GDP in China ballooned to 2.9x GDP, raising questions of sustainability.

Debt levels as high as these pose a problem even to an economy growing at a brisk pace. However, Chinese economy has been slowing down, exacerbated by a power crisis

While a lion’s share of debt for other economies (USA, Japan, Eurozone) is accounted for by the government, Corporations like Evergrande account for a bulk (160% of GDP) of borrowings of China. Real estate (directly and indirectly) is estimated to contribute 30% of China’s GDP. Falling demand for real estate could act as a further dampener for GDP growth accentuating the financial crisis in China. Further, years of property boom imply ~70% of savings of Chinese households are in real estate. If property prices remain south-bound, it could entail further demand destruction in the real economy triggering a financial crisis in China.

What are implications of a financial crisis on the economy and various asset classes?
Carmen Reinhart and Kenneth Rogoff (both belonging to Harvard university) had published an article in the American Economic Review in May 2009, titled as “The Aftermath of a Financial Crisis”. The prognosis is quite startling for investors in China, if one were to read it verbatim.

“First, asset market collapses are deep and prolonged. Real housing price declines average 35 percent stretched over six years, while equity price collapses average 55 percent over a downturn of about three and a half years. Second, the aftermath of banking crises is associated with profound declines in output and employment. The unemployment rate rises an average of 7 percentage points over the down phase of the cycle, which lasts on average over four years. Output falls (from peak to trough) an average of over 9 percent, although the duration of the downturn, averaging roughly two years, is considerably shorter than for unemployment. Third, the real value of government debt tends to explode, rising an average of 86 percent in the major post–World War II episodes.

Interestingly, the main cause of debt explosions is not the widely cited costs of bailing out and recapitalizing the banking system. Admittedly, bailout costs are difficult to measure, and there is considerable divergence among estimates from competing studies. But even upper-bound estimates pale next to actual measured rises in public debt. In fact, the big drivers of debt increases are the inevitable collapse in tax revenues that governments suffer in the wake of deep and prolonged output contractions, as well as often ambitious countercyclical fiscal policies in advanced economies aimed at mitigating the downturn”

Hence, a collapsing real estate market, slowing GDP growth and a potential snowballing of the Evergrande crisis obviously has severe implications for China.

However, Investment bank Natixis said the Chinese government will avoid “systemic risks” in the lead-up to the 2022 National Congress of the Chinese Communist Party, given its historical importance. Further Xinxin Li of Observatory Group on an interview on CNBC TV18 (https://bit.ly/2Wp9Y5c) cited that there is a risk of a “significant slowdown” in China. However, he went on to cite that stimulating the economy in an election year is a general practice in China, and hence, he is “cautiously optimistic” on economic growth in 2022. He further said that he believes the next 2 months will be crucial for how China handles its housing market.

What are the implications for Evergrande crisis on Indian economy?
At the outset, we would like to highlight that while the problem may potentially be deep, the natural course of events may not necessarily take shape in controlled economies in its natural timing and trajectory. Hence, the economic implications would be early to call.
However, on a broad basis, we feel the following events may be witnessed:

Potential Negative
In the event of a deeper crash, the Chinese Renminbi may see sudden devaluation, leading to relatively lower competitiveness for Indian manufacturing. However, we feel that India will follow suit in devaluing the rupee, like it has done in past. However, in a bid to manage the rupee, there may be inflationary pressures witnessed on the economy.

Potential Positives
1.    Disruption in trade and manufacturing activities in China might accelerate the ‘China plus One’ sourcing strategy, directly benefitting India
2.    Slowdown, potential defaults and bankruptcies in China may increase the attractiveness of India as an investment destination

In this backdrop, investors have been making a beeline for Indian equities. If growth in China falters, we would expect a significant shift in equity allocation, with monies moving to India from China. This could mean superior stock performance from a longer-term perspective.
Needless to say, the journey would be marked with speed bumps and potholes, which might cause sharp intermittent corrections and attractive entry opportunities. Further, the trajectory in which the entire story may unfold itself may require different investing approaches at different points of time, with the ability to skillfully change sectoral allocations becoming a critical success factor as an investor.

Disclaimer:
This article has been authored using data and information gathered from web sources that the author believes to be reliable. The author(s) have not independently verified the veracity of the information based on which this article has been written. Further, we wish to expressly clarify that this article merely constitutes an opinion, which is subject to change from time to time and the author, this company or its affiliates / directors / employees reserve the right to change the opinion any time without obligation of informing the reader or updating the website. Finally, this article is not a recommendation or an advice, and the reader is cautioned to take any decision post consultation with their financial / business advisors, as the case may be.